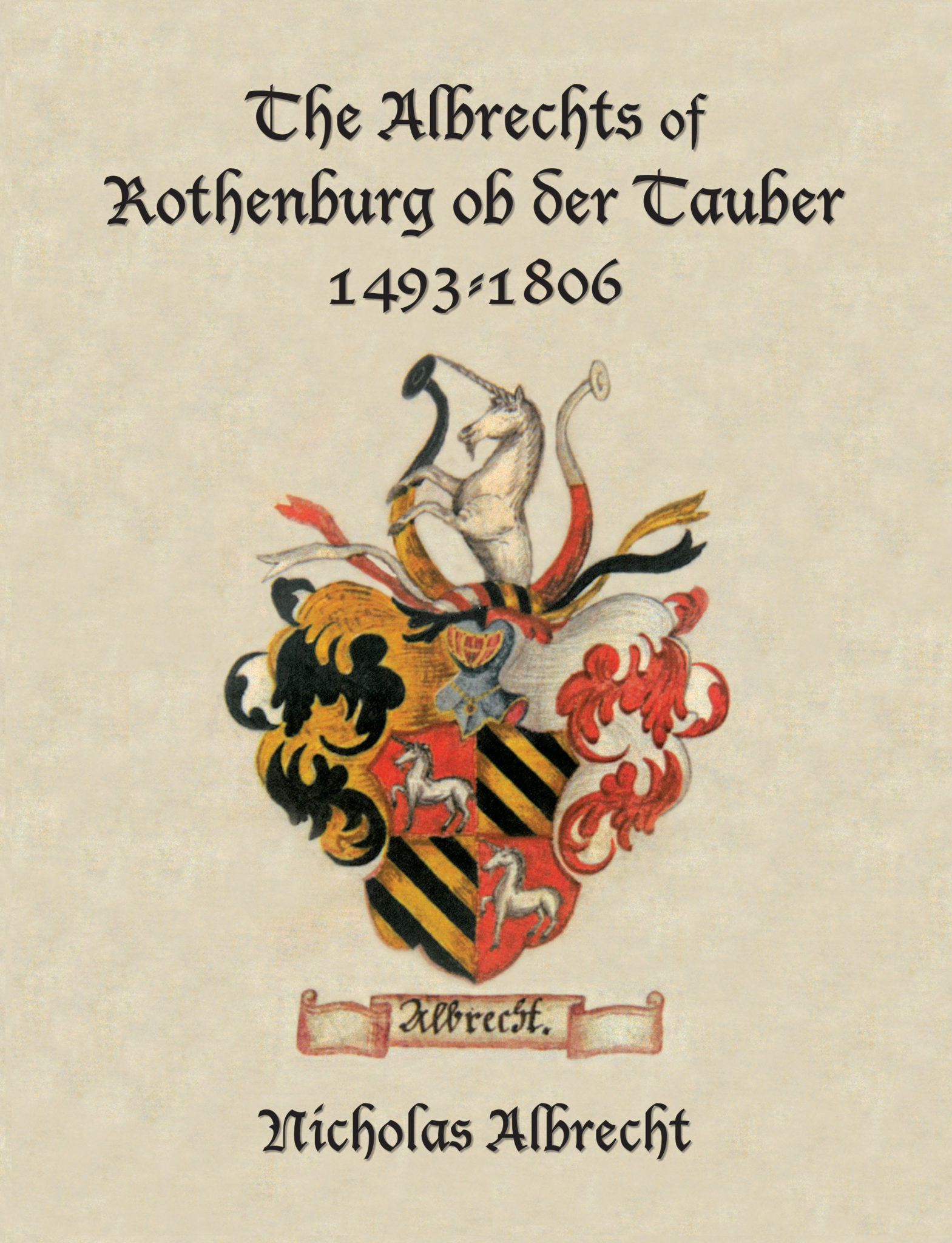 Set in Rothenburg ob der Tauber, an Imperial Free City within the Holy Roman Empire, it covers the Albrecht family’s interaction with the Reformation, the Peasants’ War, the Thirty Years War, the Enlightenment, and the Napoleonic Wars.

For the first time, significant primary material has been translated into English. This includes four dissertations from four successive generations of Albrechts who give insight to the political thinking of the time. These dissertations have been translated from Latin by Dr. Geoff Thompson, of the University of Auckland, who provides his comments on the significance of these publications. Also available are the original music scripts from Dr. Johann Georg Albrecht, the history of the Albrecht Coat of Arms and portraits of five Albrechts who all held significant positions on the Rothenburg Council. These documents can all be found under the links sections.

This book makes an important contribution to prosopographical research on one of the leading families that influenced the history of the former imperial free city of Rothenburg ob der Tauber. It offers a detailed overview of the contributions that members of successive generations of the Albrecht family made in helping to govern Rothenburg in various different judicial, religious and administrative roles, and includes several helpful maps and finely-reproduced images of leading Albrecht men of the seventeenth and eighteenth centuries. The author also sets the history of the Albrechts (and Rothenburg) into the wider context of early modern German history, noting in particular the Albrechts’ participation in developments in the law and legal theory’ – Professor Alison Rowlands, Department of History, University of Essex 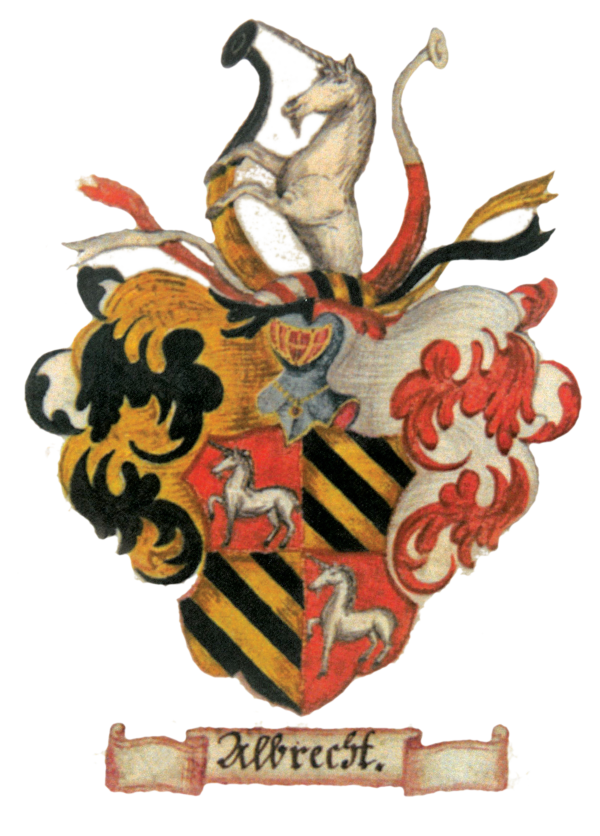 Coat of Arms and the Forst Family

For over a thousand years there has stood a town above the Tauber River on the north-east edge of modern-day Bavaria in Germany. Its distinctive red roofs by the river gave the town its name – Rothenburg ob der Tauber (meaning red fortress above the Tauber) – and its medieval architecture remains, to this day, a monument to the families who built it.

The story of one such family, the Albrechts, is so intimately intertwined with the history of Rothenburg it is impossible to seperate the two.

Overarching this is the history of Western civilisation from the late medieval period through to the early modern period.  The Albrechts, like the other patrician families who governed the city, shared in its guided and shaped their city but were, in turn, shaped by it as well.  The story focuses on the period between the beginning of the reign of Maximilian I (Holy Roman Emperor) in 1493 and ends with the fall of the last Holy Roman Emperor, Francis II, in 1806.

The book traces the rise of the Albrecht family from citizens to patricians and, due to the politics of Europe, their decline.  It follows the Albrecht family through this period, focusing on the family line from Eucharius Albrecht to Christoph Friedrich Albrecht (see Appendix I).  One of the remarkable features of the Albrecht family from Rothenburg is the education each generation received, preparing them to understand and excel in the world they lived.  Through Dr Thompson’s translations, we see how the Albrechts were at the forefront of some of the great movements that shaped Western society.

Within the Holy Roman Empire, there thrived the Imperial Free City of Rothenburg ob der Tauber.

This story starts in 1493, when Eucharius Albrecht marries into the patrician elite, and at the same time, Maximilian becomes the Holy Roman Emperor.

Over successive centuries we follow the Albrecht family as they consolidate their position as an important patrician family. Intertwined with the history of the Albrecht family are the great movements and events that shaped Western civilisation, including the Reformation and the Enlightenment.

However, in 1806, the last Holy Roman Emperor, Francis II, dissolves the Holy Roman Empire, and the special status of Rothenburg and the Albrecht family is lost.